UGR supports all indie music
No regards to formats...

Alas! Tunnel Magazine issue number 1 is now on the web thanx to unamed
sources! It has no graphics, unfortunately, but what the hell, it's just
writing, and maybe next time around(within a few weeks) it will have a
picture or two. It's got everything you need, and added links to some of
the people we featured in our magazine.

TUNNEL MAGAZINE SURVEY..........
If you don't already read the Tunnel zine, please subscribe using the
information at the end of article, if you do, then fill out and send them
this survey!!!!!!

Ya, how are all of you today. This is a survey. I need to know what you
people think of this magazine so here is what ya do:
Read the rating system below and then send me a message with ONE rating of
each specific listed part of the magazine(reviews, interviews). Then,
attach anything else you want to say.

A) brilliant!I couldn't do it better myself. I want to screw the magazine!
B) real good, all around well made magazine.
C) pretty good, needs a little work, but something i might read if i have
the time.
D) ok. I'd rather read billboard(or other related shit)
E) on the sorry side. Pathetic, full of shit.
F) i've been using it as toilet paper ever since i printed it out.

Thank you for filling this out and sending me a copy.

Try my site; it's mostly industrial/goth, with almost 2900 band listings.

Sunday April 21st, Kiss my Jazz did a show in het Korzo Theater in The
Hague. I was there, together with about 50 others (?, i'm not good in
numbers). It was - how shall I put this- very interesting. (I think my
brother, who doesn't like the album, certainly would have had a very bad
night :-)) They improvised more than they did on the album and played more
'weird' stuff.

But I think the show was great. It started somewhere near 9 o' clock, and
ended about an hour and a half later. Between that, they played most of the
songs on the album, two or three covers, material I didn't heard before and
some freak stuff.

The line-up: Aarich Jespers (percussion, sax), Elko Blijweert (guitar),
Jacki Billet (bass), Heyme Langbroek (trumpet, sax, vocals and jokes), Rudy
Trouve (guitar, vocals) and Mark Meyers (vocals, guitar).
Stef Kamil Carlens and Craig Ward weren't there during the concert, which I
think was a pity. But If they would have been there the music would have
sounded even more complex and noisy.

I wonder, after seeing this show and hearing the album, if Rudy Trouve can
play guitar. OK, he plays the chords, but most of the time he makes noises.
Of course, this is also a style of playing the guitar. During the concert he
played a solo in the wrong key, but Rudy and the other members saw it more a
joke.

What do you people think: Can Rudy play the guitar and second, is that really
important? (Remember the beautiful solo's by Marc Ribot?)

Hello and welcome to another edition of the God's Children newsletter.
We've got a couple of pieces of good news to start this letter out.
First of all, God's Children has been selected to perform in
Undercurrents '96, which is basically a large music industry convention
held every year in Cleveland. This showcase is scheduled for Thurs. May
16, 9:30pm at a club called Rumrunners (1124 Old River Rd., Cleveland,
OH). There's supposed to be some record company people there searching
for "new talent," so if you can make the trip come on out and
support/party with the band.
In other good news, God's Children has signed a little deal with the
sound/music editors of the daytime soap operas "Guiding Light," "As the
World Turns," and "Another World" which entitles them to use GC's music
on these shows. As you may know, songs off of "My Snake" have already
been used in three episodes of "Guiding Light" with more to come. So if
you watch any of these exciting daytime dramas, keep your ears open!!
As always in Western New York, spring has come in name before in
weather. No need to be depressed kids, there will be plenty of
opportunities to see God's Children in action in the upcoming months, you
just get your ass to the show, Buddy Roe!!
One more thing, be sure to come out for the May 23rd and 25th shows.
Vagrant Justice from Atlanta, GA will be here ... and they're gonna kick
your ass!!

We are looking for a show in Portland for Mon. the 20th, we'll let you
know. Thanks. Flip, F.M.F.

Pelvic Thrust recently came to punters notice with their win in the first
heat of the Pelly Bar's big Battle of the Bands last Thursday night.

From a core of college mates, and through accidental meetings and family
friendships Pelvic Thrust was born. As drummer Anthony Matson explained:
"The name Pelvic Thrust is a symbol for what we stood for and how we were
still half immature and shit."

With twelve songs under their belt and a demo tape available, the Pelvic
Thurst guys have a number of songs they feel are relevant to guys their own
age.As lead singer and lyricist Damian explained: 'Down' is about feeling
upset and being put down nearly every time and recovering finally at the
end. "Soon' would have to be about having to fit in with a certain set of
values, trying to be this because you want to be in that set group. 'Phobia'
is pretty self explanatory about being afraid of everything and finally
another favorite would be 'Juicy Cow' about a fat, ugly lady and all her bad
habits.

Asked about their future plans, the guys hope to get their originals 'out
there' and get some industry attention. "It was great to see so many people
at the first heat of the band competition, particularly one of our favourite
local bands Filthy Habits."

Please Snail Mail all submissions to:

All used submissions will get copies of the zine so include your snail
mail.

After 4 grueling weeks with all the crazy things going on that Hollywood California is famous for,
the new Hollywood office for UGR is up and running wide open...All promos and correspondence
for the zine or for UGR President Todd West should be directed to this office:

All web-site design, artist relations, and tour coordination shall be done out of this office...

REMEMBER!!! UGR is offering a complete web-site design and placement for your band, label
or other entertainment firm for a $25 set-up fee which includes the site maintenance for 6 months,
then $10 per month for each month after the initial six...PLUS!!!!! all graphics bios, sound files,
multimedia, & whatnot can be placed in our exclusive Compuserve library for free!!!!!

Bands and labels should send their promo-packages right now!

SEND ALL PROMOS TO THE ABOVE AGENTS SHOULD THEY BE IN YOUR AREA.
THEY WILL ALSO COORDINATE SHOWS, PROMOTIONS, INTERVIEWS, ETC.....

Volume 4 of this highly popular series features possibly the five strongest bands
ever assembled here.
Bob Mould, Kelley Deal and New Kingdom give us tracks from upcoming albums,
while The Butthole Surfers and Cracker donate songs that will not be available
in America, if at all!
Added bonuses include a video interview with Buttholes Gibby Haynes and
Paul Leary that gives new meaning to the word crude, Bob Mould and Kelley
Deal video footage, an exclusive Kelley Deal interview and a New Kingdom bio
written by rap journalist supreme Spence D.

Baked Potatoes: A Pot Smoker's guide to film & video is a highly informed
guidebook written by John Hulme and Michael Wexler which hits the streets
this month. SonicNet has put Baked Potatoes online, fully enhanced with
smokin' graphics as good as California Indica bud. You can read about movies
that make you feel good about life -- like Beastmaster, Willy Wonka, and
"anything Alistair MacLean had anything to do with." Learn how, what when
and where to view "films" when you're stoned out of your fucking mind. So, if you
like to get very high and watch movies -- or, if you fake like you do, this is the
online source for you. Here you can learn to work with your habit, not against it.
Readers can post their own reviews, too, so roll your bones. Upload date April
29th.

You too can join the ranks of rock critics. SonicNet is searching for a new writer. If
you live in any of the five cities SonicNet covers (New York, Boston, LA,
Washington DC, Chicago), post a review of any show you see in the show
section: "Post your own review." If you don't live there, write a "backtalk" to one
of our featured video or record reviews and email a copy of the review to
editor@sonicnet.com. SonicNet music editor Michael Azerrad will choose from
the entries and the winner will get an assignment to write one of the featured
reviews. Soon after, you may find yourself on record label promo lists and getting
flown to England to interview various rock stars...maybe.

Review from May 1996 Norteast Performer

These guys are cool, man - I really think so. They mean it, they
keep it simple and are tight. I dig the attitude, it rocks. This CD covers
no new ground - it's pretty standard grunge stuff with a slight punky, metal
twinge. They don't sound like any other band specifically, just the genre in
general. These guys listed to lots of Jane's Addiction, Nirvana and Black
Sabbath, I bet.
The singer, Ryan Fariole, is quite emotive and has a unique, wavery
voice. Three distorted electronics, played by TJ Welch, Frank Levesque and
Alan Barile, give us a nice wall of sound for much of the album. Breaks in
the sonic wall are pretty and wonderfully sparse. "Early Man" I loved, and
"They Don't See" broke my heart. "Ride up On My Soul" is a great title for a
great tune. "Mood Swing" swings. "Clockwork Red" is eerie and quite a mover,
too. "Give In To Me" forced me to respect these men for their sheer power.
Nice vocal line, too. Notice that I'm naming nearly every song on the disc?
A good sign. And they should be signed - discs like this make the job a
pleasure. Contact: XCLAIM PO Box 1979 Boston MA 02205 or email
gagexclaim@aol.com

Don't mean to be rude (although it comes naturally), but because of the hectics in
moving and getting back in gear....no product reviews will be in this issue...but
beware, the next issue will have tons because I have a very large box crammed full of
and I'm just now getting around to listing and giving everything a fair shake!!! Keep those
Promos Coming!!!!!! 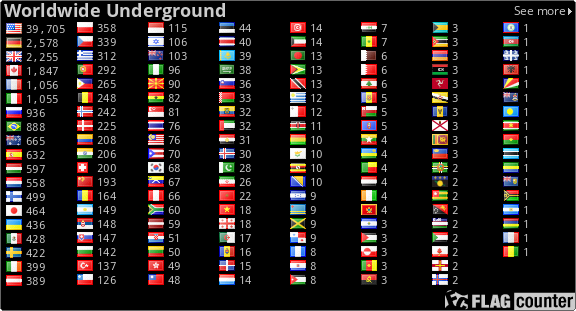